PIAZZA DEL POPOLO AND THE TERRACE OF THE PINCIAN HILL

Piazza del Popolo, the ancient seat of games, exhibitions, folk performances and public executions, is one of the most famous piazzas in the world. It is the work of neoclassical architect Giuseppe Valadier and is oval in shape, which characterizes it and makes it unique.

At the top of the famous Trident, the triangle of roads represented by Via del Babuino, Via del Corso and Via di Ripetta, Piazza del Popolo is the most majestic entrance to the heart of the Eternal City, a “living room” which is accessed through the ancient Flaminian Gate in the Aurelian Walls.
In the square you can admire the twin churches of Santa Maria di Montesanto and Santa Maria dei Miracoli, the Obelisco Flaminio (the oldest and the second highest obelisk in Rome), the two fountains by Valadier and the church of Santa Maria del Popolo, built on the spot where the Emperor Nero was buried.

Frequented over the years by artists and other much-loved personalities in the history of Rome, such as Trilussa, Guttuso and Pasolini, Piazza del Popolo is perhaps the cultural emblem of Rome’s true character. This is the start of the road to the capital’s most famous top shopping venues, such as Via del Babuino and Via Condotti, as well as to one of the most famous promenades of Rome, the one leading to the Terrace of the Pincian Hill.

TERRACE OF THE PINCIAN HILL

Immersed in the greenery of Villa Borghese, the Terrace of the Pincian Hill is a splendid balcony overlooking Rome, where you can admire one of the most beautiful views in the world: in fact, it is from here that you can overlook the Eternal City and admire a panorama that is truly unique with views of St. Peter’s Dome, the Vittoriano and the principal monuments that make Rome the most beautiful city in the world.

Paying immediately is worthwhile! This is a promotion that is ideal for business trips to Rome, but also for a beautiful holiday in the Eternal City. (more…) 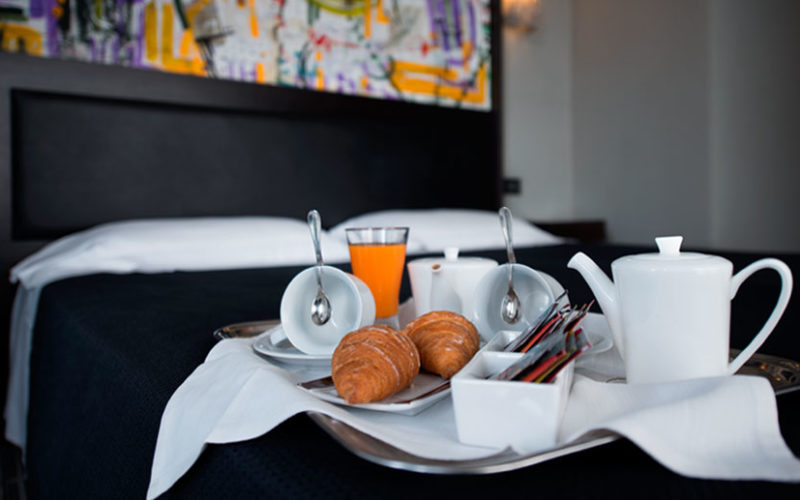 FREE CANCELLATION – PAY AT THE HOTEL

Book now using our booking form and in addition to free cancellation, you will have WiFi, Sky and minibar, all free. (more…)